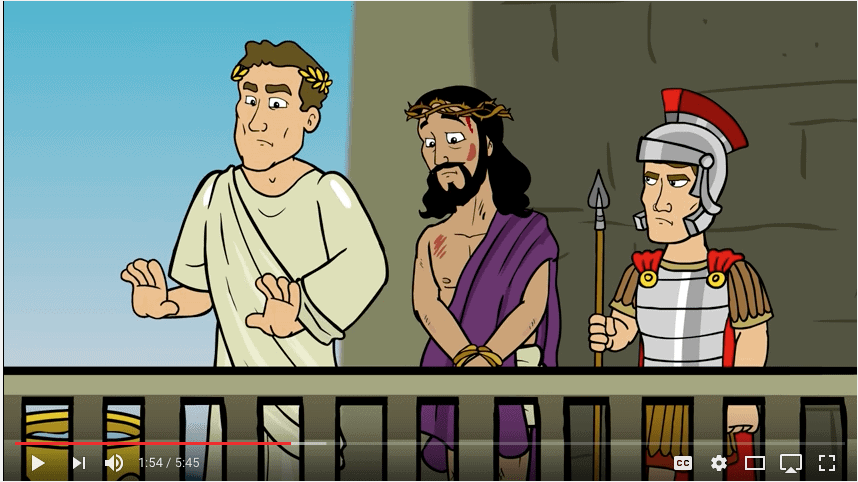 Posted at 09:47h in Blog, SuperKids Lessons by Lindsay 0 Comments

After being arrested Jesus was taken before a number of different religious and civil courts. It was during these trials that even one of Jesus’ closest friends, Peter, became afraid and told people that he didn’t even know Jesus. Judas saw the consequences of what he had done and hung himself. The accusations against Jesus were false but the Jewish leaders persisted because they wanted him dead. Finally Pilate (the Roman Governor) gave into the people’s demands and sentenced Jesus to die by crucifixion.